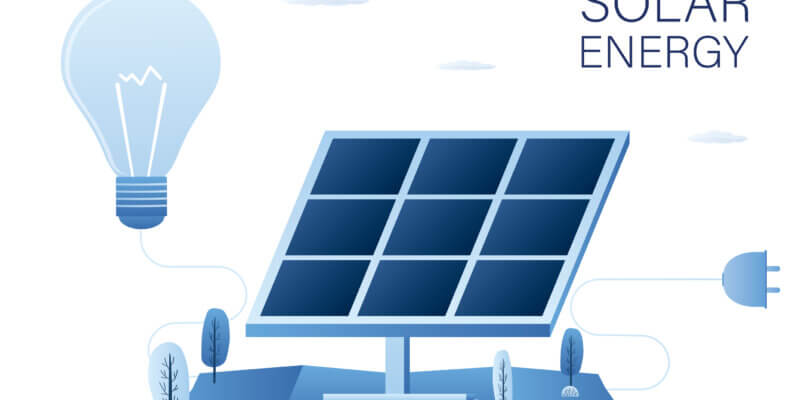 Solar generators are a portable option for harnessing solar energy. They comprise a solar panel battery, an inverter, and solar panels along with battery chargers. The solar generators are responsible for capturing energy from the sun’s radiation and then storing it in the batteries attached to it.

What is a Solar Generator?

There is a significant rise in the demand for solar energy equipment as the world is starting to realize the potential for “green” sources of energy. Consider the sun as the primary source of power for solar generators to produce energy. People usually consider portable solar generators when it comes to using electricity from solar energy.

Solar panels in the solar generators harness the energy using batteries for storage. Moreover, solar generators are capable of storing varying amounts of energy to produce electricity and heat. In addition, they are not suitable for powering an entire structure individually but are suitable for RVs, camps, tents, boats, etc.

How Does a Solar Generator Work?

When the sunlight reflects on the solar panels, they harness the energy from the radiation using complex mechanisms. Following that, the harnessed energy moves into a charge controller which is responsible for voltage regulation.

The charge controller stores the energy as today’s solar generators contain lithium-ion batteries. Subsequently, when you require the use of the backup solar energy for running appliances and more, the inverter regulates the current from DC (direct current) to AC (alternating current).

Similarly, solar generators run depending on their capacity to store solar energy. Some of the modern solar generators have USB ports along with AC outlets that enable you to charge multiple devices from them as well.

Normally, a general portable solar generator can provide electrical power up to 2 kWh while the bare minimum could range to 0.1 kWh. Therefore, they are not suitable for large-scale energy consumption purposes.

What are the Common Pros of Using Solar Energy?

There are various benefits of using solar energy including an environmentally friendly impact along with and lesser carbon footprint. Furthermore, take a look at some of the main benefits of making use of solar generators for backup power.

Commonly, all it takes is for you to purchase a solar generator to harness solar energy and using electricity from it. Unlike the traditional gas-run generators, you are void of the expensive electricity/fuel bills.

You might have an idea regarding the traditional method of electricity production. Well, unlike the large-scale machinery and equipment for fuel-generated electricity, solar generators barely make sounds when harnessing the sun’s energy.