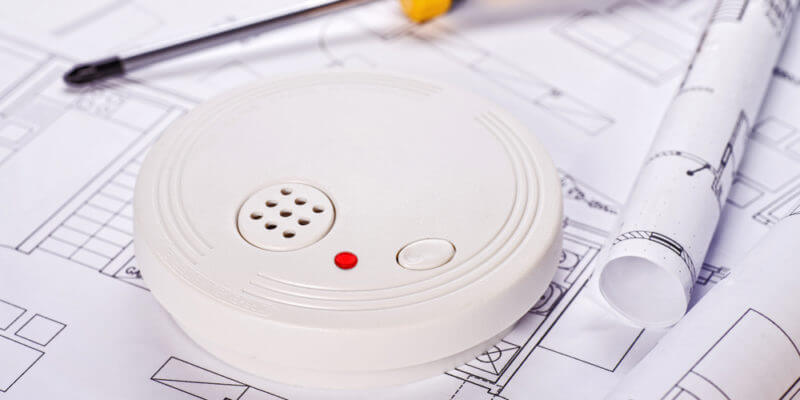 According to National Fire Protection Association, there are two basic kinds of smoke detectors, commonly found in Massachusetts homes.

The first type is ionization smoke detector, which is primarily designed to identify flame fires. Its principle of work is based on a tiny amount of fire-sensitive radioactive material, trapped between two electrically charged plates inside the device. When this compound detects fire, the ions of the substance are reduced, which triggers the alarm sound to go off.

Another common type of alarm is a photoelectric smoke detector, and it works better with smoldering fires. There are interfering light and a sensor installed inside a detector. As the smoke enters the device, it disrupts the communication of light to a sensor, which sets alarm into action.

It’s highly recommended to have both ionization and photoelectric alarms installed in your home, as one can never predict the nature of a potential fire. NFPA recommends having several fire alarms on each floor of your house, especially in the bedrooms and outside each sleeping area. For the kitchens, we recommend ionization detectors to minimize the risk of alarm sound while cooking. Make sure to test your alarms monthly and change batteries twice a year.

According to the US Fire Administration (USFA), it is recommended that smoke detectors be replaced every ten years. Philip Brunelli recommends you remove the alarm and check the date of its manufacture. If it’s been over 10 years since the date on the back, contact online or call us at 508-400-5571 for an urgent replacement of your smoke detectors!